The current policy and polls designate to keep Zheleznogorsk closed. This ideal of secrecy forms the starting point for this series of photographs. Rather than revealing something of the city, these images show the impenetrable zone around it – a landscape of burnt earth and illuminated hills. The reality in the photographs seems almost drawn, like a sketch or fantasy image. 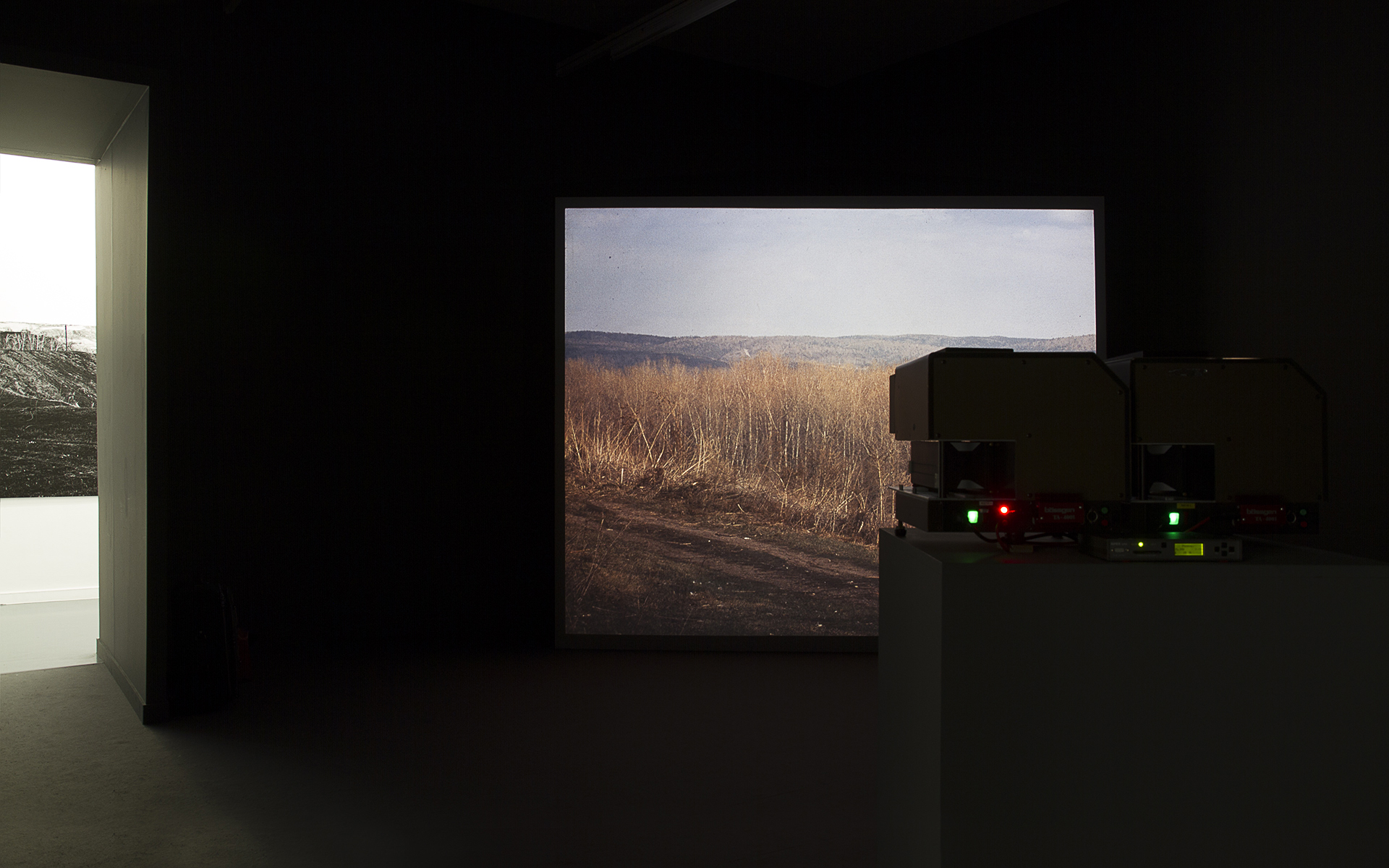